The system is based on expected goals. This is a method which estimates the quality of a team’s overall chances created and conceded. For every shot attempted, I calculate an estimated expected goals value based on the following factors:

I’ll explain in detail how each of these factors is incorporated down in that methodology section. Close and central locations are good, shots taken with feet are good, direct free kicks are good, dribbles and through-balls are very good, crosses are not so good. Fast attacks are good, long balls are less good, set plays are a little bit bad. 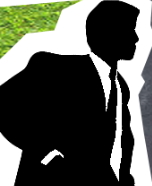